Traditional folding screens from Japan, know as Bayou-literally “protection from the wind” -were originally developed to be used as dividers both indoors and outdoors, the zigzag construction allowing them to be whether free-standing or wall mounted. These functional and versatile screens evolved in format over the years to allow greater artistic freedom. The development6 of the innovative and unobtrusive paper hinge allowed one vast expanse of unbroken paper which was suitable for continuous large scale horizontal compositions, and format thus came into being which was accepted by the Japanese as a serious medium for important artists.

Though simple in appearance, folding screens are complicated structures made of paper and wood, The individual panels are composed of carefully jointed wood lattice frames, covered on both sides with layers of paper that form a dense, elastic mattress. Squares of gold, silver and metal leaf, are applied by hand to the paper base and the painting is done on the gilded surface. Lacquer rails are them applied to the perimeter to finish e the edges of the screen and provide support.

Our collection displays a wide variety of themes and includes works representative of most of the major schools of Japanese art, with a focus on the early 17th Century works which beautifully document the decorative taste of an increasingly affluent society. The use of gold in screen paintings was perfected during the Momoyana period (1573-1615) when some of the finest screens were commissioned by the warrior elite. Many such examples are included in this collection, particularly of the Rimpa school which was extremely influential in defining the Japanese decorative arts tradition of the 17th and 18th centuries. 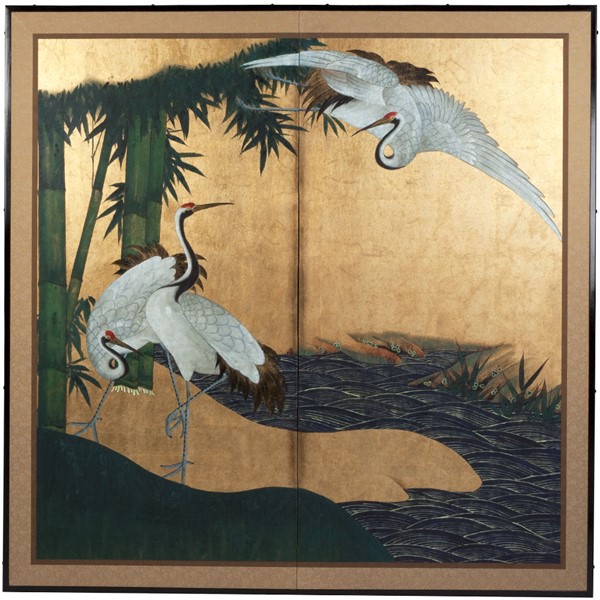 SSP-275 Cranes by the River 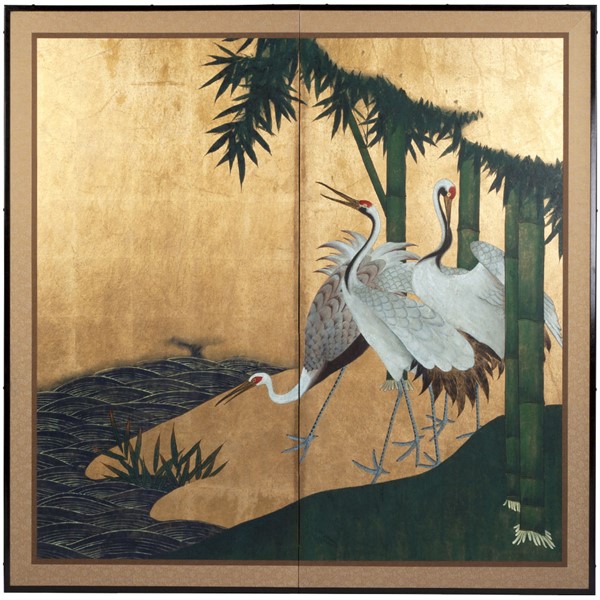 SSP-276 Cranes by the River

Please note - due to variations between monitors and the reflective nature of the metal leaf (and the difficultly of getting a true representation during the photographic process), colours may not be accurately represented here.

All screens are hand painted by our specially trained artists in our studios.  while every effort is taken to remain true to the original artwork, variations in colour and artistic representation may occur. 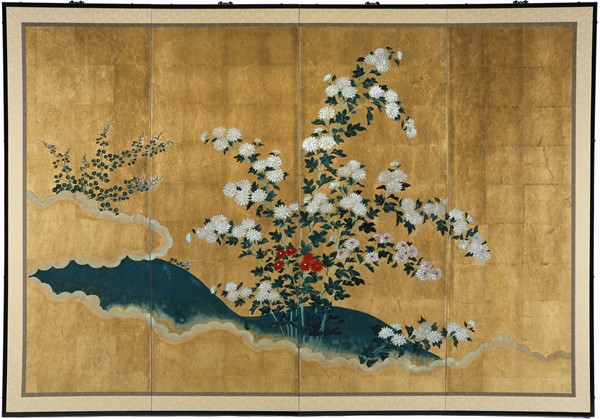 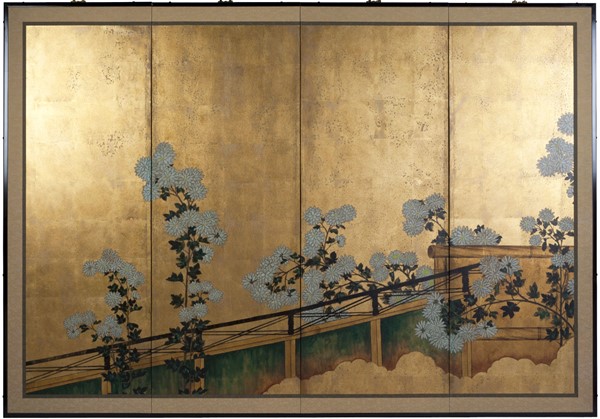 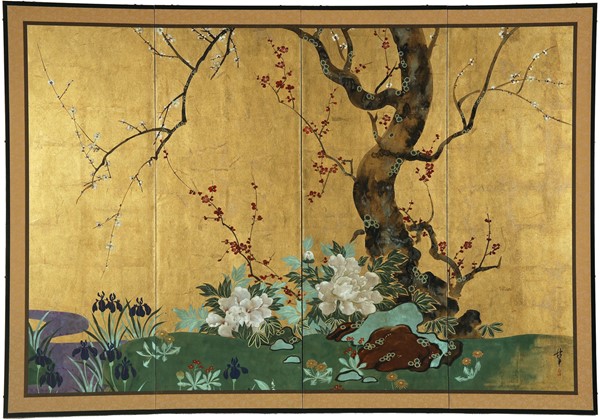 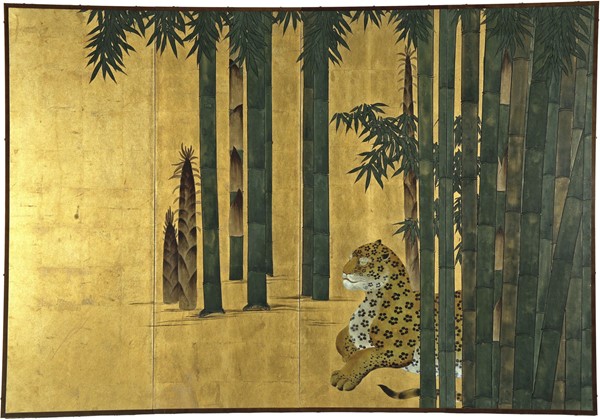 SSP-251 Leopard in the Bamboo